Liberals Call for Ban on Talking about Politics & Religion in Public 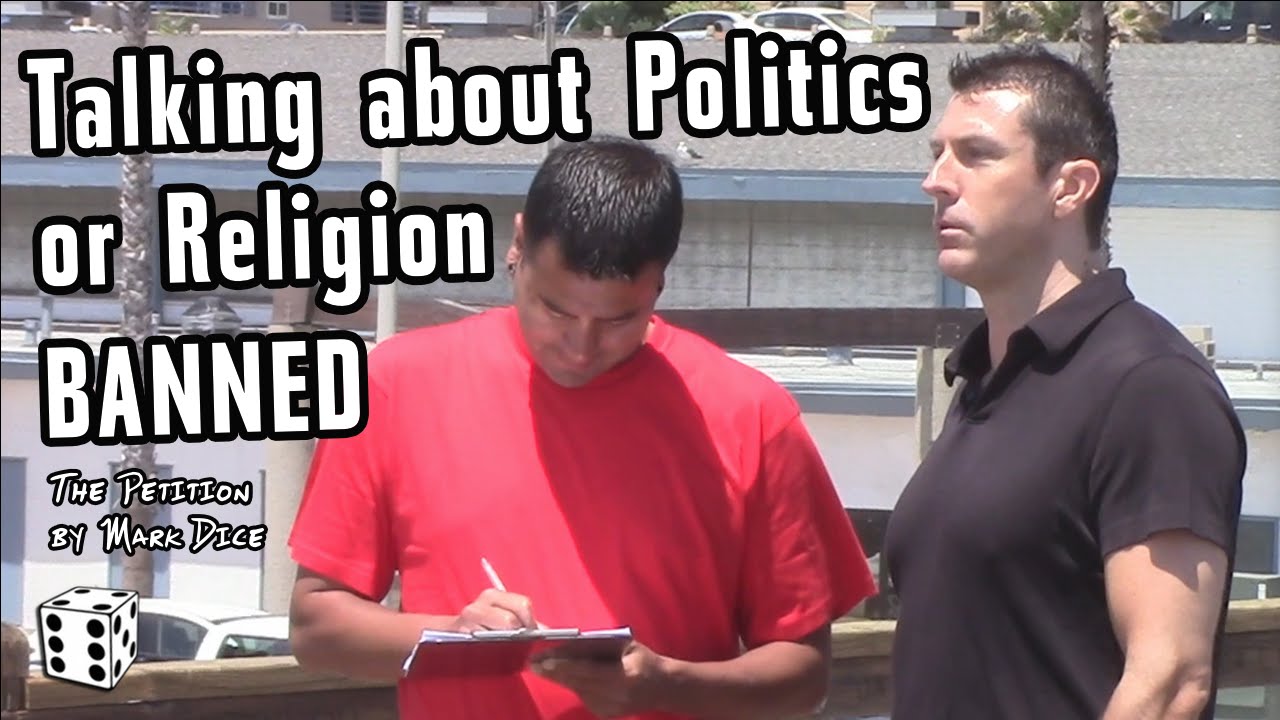 Political prankster Mark Dice asks beachgoers in San Diego, California if they’ll sign his petition to ban talking about politics and religion at the beach. This is part of Mark’s Man on the Street Monday series where each week he interacts with the insane public to monitor the zombie Apocalypse with basic questions about current events and history, and prank petitions nobody in their right mind would even consider signing. © 2015 by Mark Dice