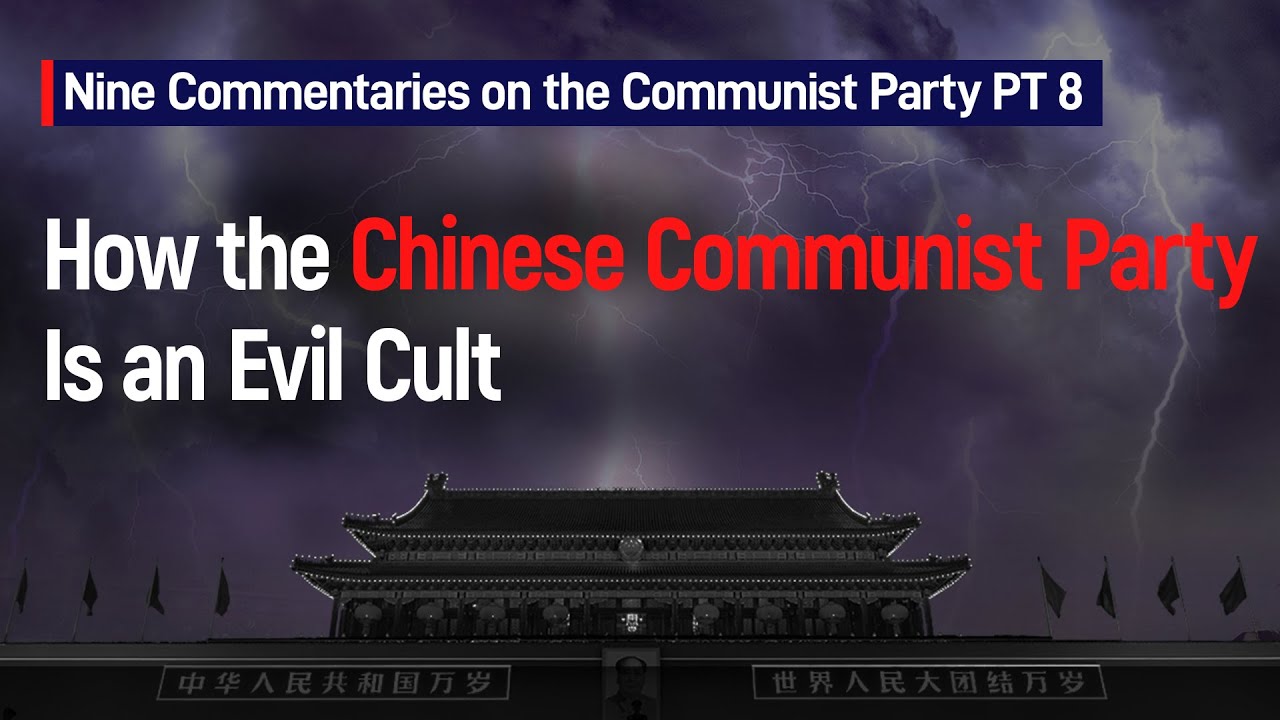 America’s Fastest-Growing Newspaper is Now Available on Any Device: 🔵 http://ept.ms/EpochNews
Commentary 8: On How the Chinese Communist Party Is an Evil Cult

The collapse of the socialist bloc headed by the Soviet Union in the early 1990s marked the failure of communism after almost a century. However, the CCP unexpectedly survived and still controls China, a nation with one-fifth of the world’s population. An unavoidable question arises: Is the CCP today still truly communist?

No one in today’s China, including Party members, believes in communism. After fifty years of socialism, the CCP has now adopted private ownership and even has a stock market. It seeks foreign investment to establish new ventures while exploiting workers and peasants as much as it can. This is completely opposite to the ideals of communism. Despite compromising with capitalism, the CCP maintains autocratic control of the people of China. The Constitution, as revised in 2004, still rigidly states “Chinese people of various ethnicities will continue adhering to the people’s democratic dictatorship and socialist path under the leadership of the Chinese Communist Party and the guidance of Marxism-Leninism, Mao Zedong’s ideology, Deng Xiaoping’s theory and the important thought of the ‘Three Represents’…”

“The leopard has died, but its skin is still left”. Today’s CCP only has “its skin” left. The CCP inherited this skin and uses it to maintain its rule over China.

What is the nature of the skin inherited by the CCP, i.e., the very organization of the CCP?

——————
Get real news other media outlets don’t report. Nonpartisan and truthful reporting on US News. ⭕️https://bit.ly/EpochNewspaper

#CCP #NineCommentaries #China
——————
Commentary 1: On What the Communist Party Is
▶️ https://bit.ly/3dW7Sge

Commentary 2: On the Beginnings of the Chinese Communist Party
▶️ https://bit.ly/3bD8ZQF

Commentary 3: On the Tyranny of the Chinese Communist Party
▶️ http://bit.ly/3cZXCn5

Commentary 4: On How the Chinese Communist Party Is an Anti-Universe Force
▶️ https://bit.ly/2XgJAbe

Commentary 5: On the Collusion of Jiang Zemin and the Chinese Communist Party to Persecute Falun Gong
▶️ https://bit.ly/3dHRNLy

🔵Yangtze River Overflows Onto Streets in Chongqing and Wuhan
👉 https://bit.ly/2NxI3rJ