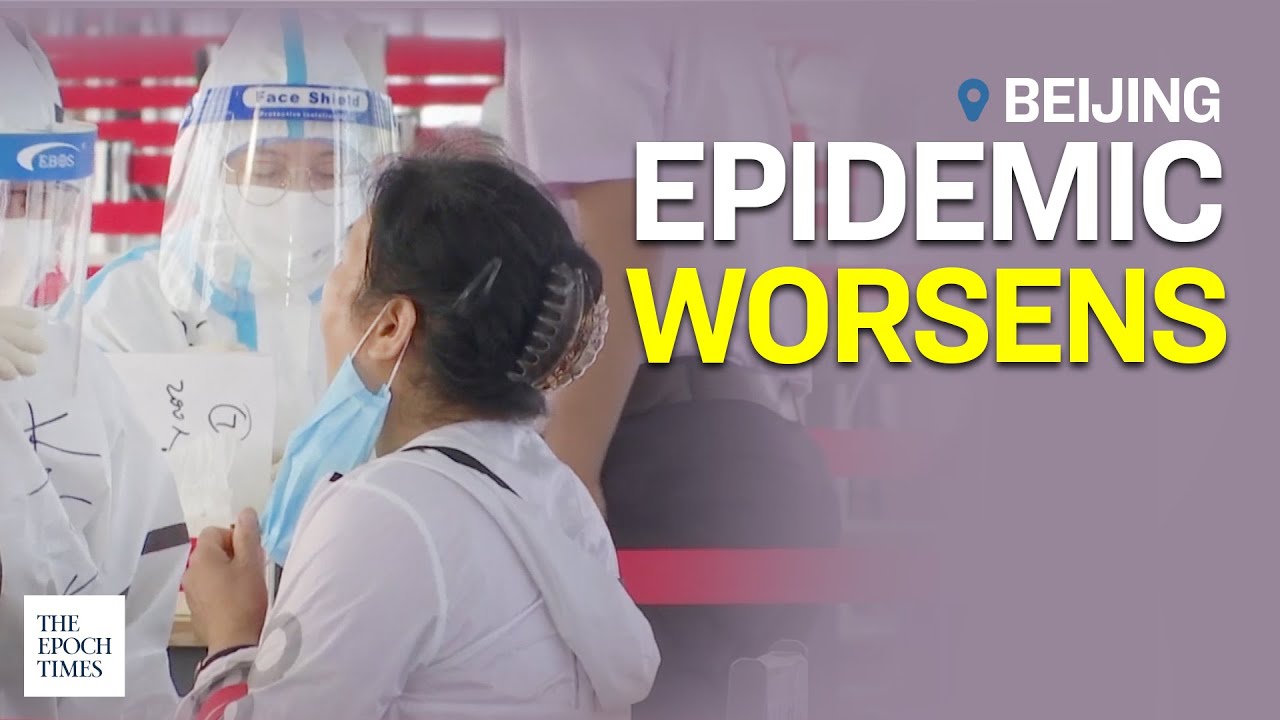 As of June 30, the total number of people infected with the CCP virus outside mainland China approached 10.5 million. Some countries, where the epidemic had eased considerably, have recently experienced localized rebounds and had to revert to states of lockdown.

After the second wave of the epidemic broke out in Beijing, various agencies of the CCP have issued numerous documents related to the epidemic. One of the documents, issued by the Beijing Emergency Center on June 22, clearly states that the outbreak in Beijing is “very serious” and shall “remain at the highest level of investigation and control.” The document even asked for a delay in the return to the city of medical staff who are assisting Hubei’s epidemic control. This corroborates previous reports by local residents that Beijing’s epidemic is related to goods imported from Hubei.

Following the resurgence of Beijing’s epidemic, there have also been a number of confirmed cases reported in Hebei Province. Internal CCP documents obtained by The Epoch Times show that not only has Hebei Province rushed to launch large-scale virus testing, but it has also been asked to prepare to take on the task of carrying out nucleic acids tests for Beijing, indicating that the CCP is still preparing for a potential massive spread of the epidemic.

To help revive the travel industry, the European Union voted on and passed a “list of safe countries” on June 30th. Australia, Canada, Japan, Morocco and 14 other countries are on the list. Starting July 1, people from these 14 countries can travel to Europe without “necessary” reasons. But Russia, Brazil and the United States, where the epidemic remains severe, are not on the list of safe countries.

On June 30th, disease control measures were partially restored in some countries where closure had previously been lifted.

Leicester city in the UK has once again imposed strict lockdown measures. There has been a spike in confirmed cases in Leicester over the past week, and authorities are still trying to determine the exact cause of the sudden spike in cases in the area.

The German state of North Rhine-Westphalia announced on June 30 that the city of Guetersloh, home to a serious outbreak at a meatpacking plant, will remain under lockdown for another week to prevent resurgence of the outbreak.

Arizona has also re-closed entertainment venues such as bars, nightclubs, gyms, and movie theaters after a record number of new cases. On June 29th, California and Texas also set new records for their number of new cases. To date, at least 12 U.S. states have already suspended their reopening plans to prevent the epidemic from spreading further. However, because most of the cases in this epidemic rebound have been among young adults, the death rate in the United States continues to steadily decline, despite a significant increase in new cases.

🔵 Investigative Report: The Coverup of the Century
👉 https://bit.ly/CoverupOfCentury